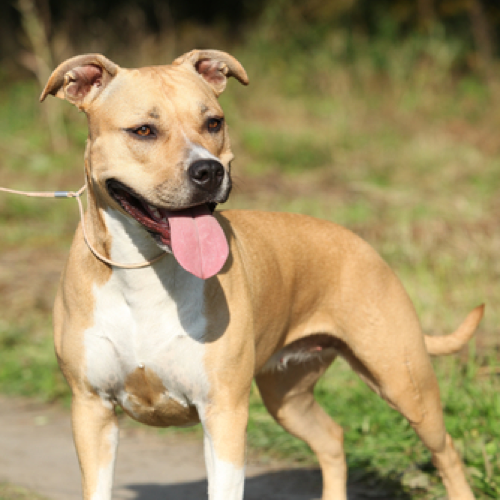 Courageous and strong, the American Staffordshire Terrier (Am Staff)’s athletic build and intelligence make him ideally suited to many dog sports such as obedience, agility, tracking and conformation. He is often identified by his stocky body and strong, powerful head. The breed’s short coat can be any color, and either solid colored, parti-colored or patched.

Until the early 19th century, the Bulldog used for bullbaiting in England was more active and longer-legged than the breed as we know it today. It is thought that the cross of this older Bulldog and a game terrier breed created the Staffordshire Terrier. Originally called the Bull-and-Terrier Dog, Half and Half or Pit Dog, it became known as the Staffordshire Bull Terrier in England. When accepted for AKC registration in 1936, the name changed to American Staffordshire Terrier to reflect the heavier American type and to distinguish them as separate breeds.

The Am Staff is a people-oriented dog that thrives when he is made part of the family and given a job to do. Although friendly, this breed is loyal to his family and will protect them from any threat. His short coat is low-maintenance, but regular exercise and training is necessary.

Eyes should be alert and bright. Use Opti-Soothe Eye Wash during the bath to flush any foreign matter.

Monthly ear cleaning with Ear Care is advised to be sure no ear problems that might need vet attention arise. Only clean as far as you can see, never further.

Paw Balm should be used weekly as well, paw pads that are soft and pliable are less likely to dry and crack.

Use Aloe Hydrating Spray between baths to control flaking and dandruff, especially in dry conditions.

Silky Show Shampoo and Conditioner will add silk proteins and shine to the coat as well as the Honey and Oat Shampoo. Show Style High Sheen Spray right before entering the show ring will add the little extra shine without any oily residue. 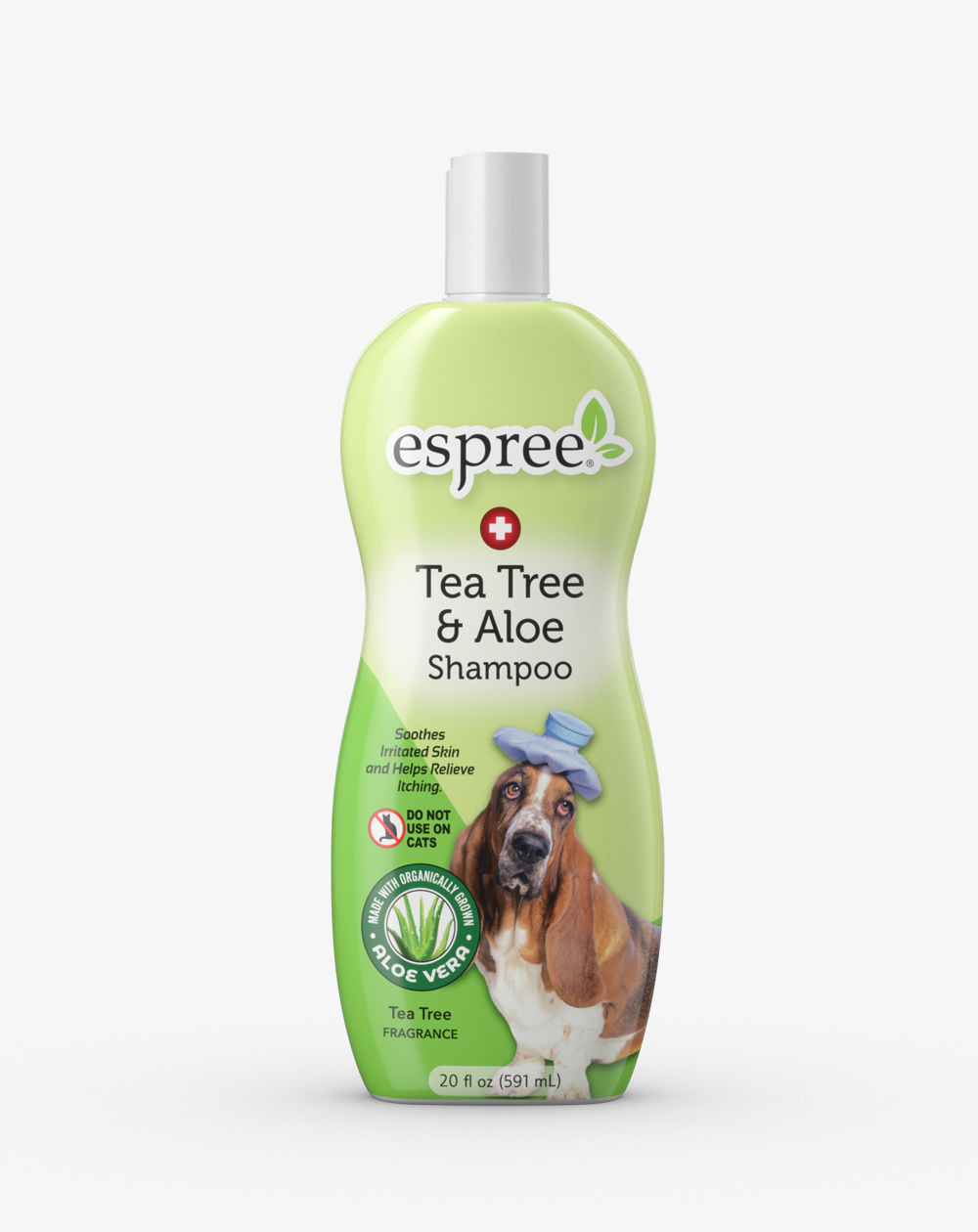