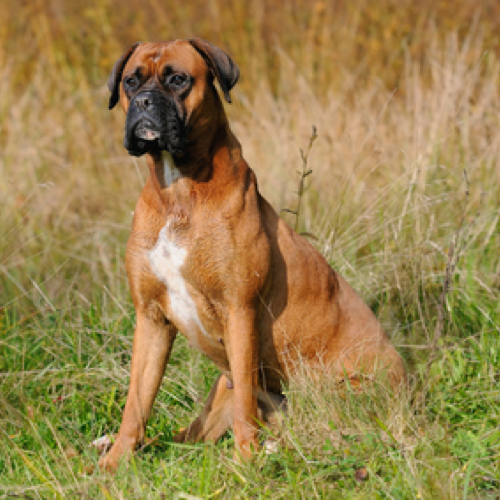 The well-conditioned middleweight athlete of dogdom, the Boxer is a powerful dog with an intelligent and alert expression. While they are instinctive guardians, the Boxer loves to be with his people. This personality has allowed them to succeed as couriers during war time and as seeing-eye dogs for the blind. Appearing in both fawn and brindle colors, the Boxer currently ranks as one of the most popular dogs in the United States according to AKC®.

Developed in Germany in the 19th century, Boxers were originally used for dog fighting and to run down and hold large game such as wild boar and bison until the hunter could arrive. The breed is known for standing up on its hind legs and batting at its opponent, appearing to box with its front paws. Imported to America after World War I, they began to grow in popularity in the late 1930s.

One of the breed’s most notable characteristics is its desire for human affection, especially from children. They are patient and spirited with children, but also protective, making them a popular choice for families. The Boxer requires little grooming but needs daily exercise.

Because of the large flaps and folds around the eye and nose area, Boxer’s need daily to weekly care of the area. The flaps and folds are very moist and prone to growing red yeast and cause a foul odor in this area. Moisture makes the area red and raw. Keeping these areas dry and clean is a necessity. cleaners are a great way to manage the facial odors and keep your dog comfortable.

Boxer’s require 2 baths when you bathe them. The first bath should be a general bath, any of our Classic Care or Professional Care products are perfect. If your Boxer has allergies or sensitive skin we would suggest a Hypo-Allergenic Shampoo and follow it with a Oatmeal Baking Soda Shampoo to control the odor. Follow the bath with a conditioner or Luxury Remoisturizer to keep the coat in great shape.

Paw Balm should be used weekly to keep paw pads soft and pliable. This makes the pads less likely to dry and crack.

Between baths, Boxer’s may get a little smelly. Aloe Hydrating Spray can be used to control flaking and dandruff, especially in dry conditions. Extreme Odor Eliminator can be used as often as needed to control odor and has aloe in it to help keep the coat hydrated. 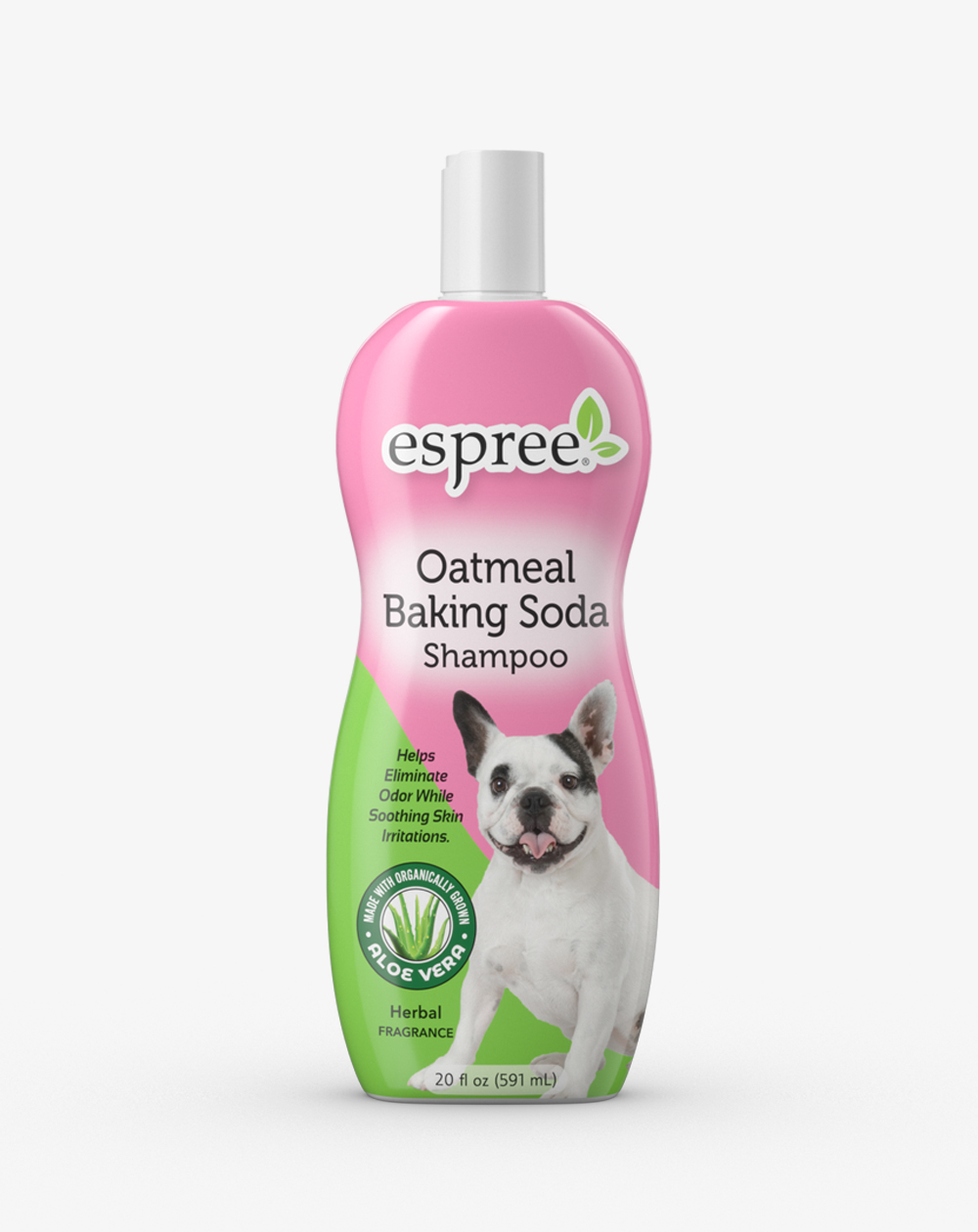 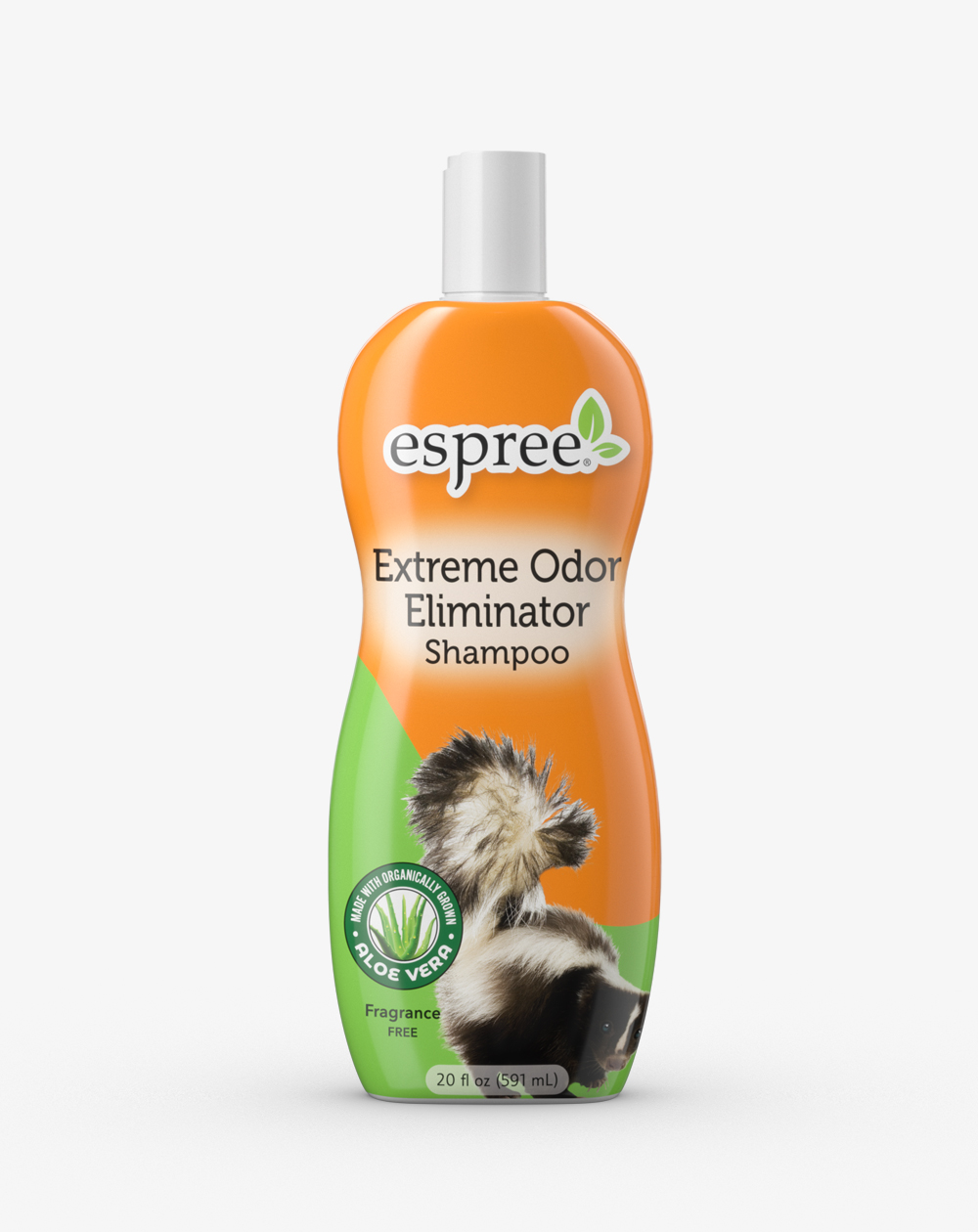